Every now and then, I pick a fight. I talk about the studies that show that video games actually increase focus and attention span. They have been shown to help struggling readers persist in their reading, so they perform more like advanced readers. When I’m in a feisty mood, I point out that instead of rotting your brain, video games have actually been shown to increase your gray matter.

But most of the time, I don’t pick a fight. I know my children play too many games, even if there are some great benefits. So, I don’t speak up. I sheepishly forget to mention that I’m a game developer who travels the world speaking about games at conferences and that I’ve heard plenty of experts report on the benefits of games. I just nod obediently and tell the doctor, “We’ll work on that.” When other moms lament their battles over screen time and ask for advice, I mostly stay out of it. Sure, I think their fear of screens is a little alarmist, but I know my hands-off approach isn’t exactly five-star parenting.

There is a balance to be struck, and I haven’t always been great at achieving that balance. I could ask my kids to go outside and kick a ball around a little more often. If they put their controllers down and scraped their knees climbing a tree, that would probably be good for them. It would be easy to add “too much screen time” to the growing list of my failures as a mom. (All my insistence that “Moms shouldn’t live with perpetual mom-guilt because it’s a hard job and nobody’s perfect” only goes so far. )

Instead, I try a little harder. But there are still days when my “trying” feels a little anemic. And on those days the temptation to wallow in mom guilt is strong.  “A better mom would give her kids jump ropes and crayons, not joysticks and cartridges.” And mom guilt never stops there, it has a tendency to make you question everything.  “A better mom wouldn’t make video games at all.”  Is that what I believe? Is that why I don’t spend more time defending games?

Instead of giving into mom-guilt, I remember what it felt like when my mom stressors weren’t just, “Are my kids playing too many games?” When my son was struggling with developmental deficits as a result of his cancer treatments, my stressors were, “Did my son keep his hearing aids in long enough today?” “Should we be trying a visual communication board or just keep working on signing and verbalizing common words?” “Is my son’s walker helping him gain confidence or preventing him from building the balance he needs?”

And I take a moment to remember the moms whose list of worries extends far beyond screen time. And that’s just it; my kids can go out and kick a ball around. They can ride their bikes or go for a hike. They can engage with their peers on equal footing in almost any activity they choose. Not all kids can. Some moms are thrilled that their child can use video games as a lifeline to social engagement.

And this is the secret power of video games. Above all the other advantages that video games provide, they have one huge benefit that is often overlooked. Video games can be a great equalizer for kids with disabilities. In virtual playspaces, children with physical disabilities don’t have to be left out of the fun. Video games have the opportunity to include everyone. They aren’t always designed to be inclusive, but they could be. The game industry is beginning to put accessibility first, which means they are putting a whole generation of children first, children who get left out of other activities due to their physical limitations. 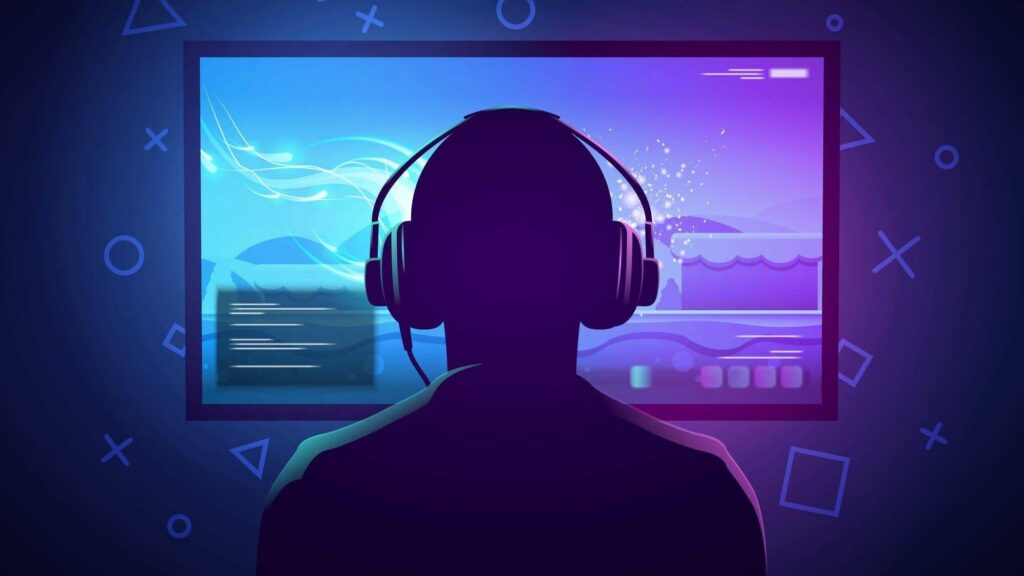 I’m proud to be part of the Playability Initiative. I love that I wake up every day thinking about how I can help create the most enjoyable game possible using just a single button for input. I remember all the parents who aren’t worried that their children may be getting too much screen time but are simply hoping their children can connect with other kids in a way that doesn’t alienate them, no matter what form that connection takes. I think about the children who learn to use eye-tracking so they can play a video game they love,  and only later realize that they have built the skills necessary to get a job that uses their computer abilities. I think about all the good the games I create can accomplish. And it makes me a little more willing to pick some fights with everyone who insists that being a good parent means saying no as often as possible to the games their children love. Maybe those games you’re saying no to are the only place where your child connects on equal footing with children who have disabilities that prevent them from joining your child in a water fight or a game of basketball.

As we continue to develop Painted Waters, a one-button video game, we hope we are making a game so fun that the children who play it want more — more games, more technology, more adaptive equipment, more opportunities. I hope their screen time is so absorbing that they discover new ways to engage with a world that keeps putting up barriers for them. I hope they learn that there are way-makers in the world, advocates, helpers, and I hope they eventually become one too. Because screens are really powerful, and screen time can be transformative. And video games don’t have to be evil. They can do an awful lot of good.