Most people who care about accessibility care because issues of accessibility impact their own lives or the lives of people close to them. I never thought a lot about handicapped parking until my friend was paralyzed in a car accident. Suddenly, I found myself noticing accessibility issues that had seemed invisible to me before.

Fortunately, television, movies, and games help all of us care about each other in new ways, as writers introduce us to diverse “friends” whose needs begin to matter to us. Popular culture is a powerful tool for changing the way our society views underrepresented populations. We’ve seen television shows change the public sentiment on working moms, interracial couples, LGBTQ+ rights, and many other topics that were once considered taboo. Media is a powerful force for exposing everyone to the needs of people who aren’t exactly like them.

While we haven’t seen a huge push to normalize disability in the mainstream media, we do have a few favorite moments when disability representation was done well – moments we think could lead to a new awareness of accessibility for people who might not be exposed to it otherwise. We’ll share our favorites, but we’d also love to hear yours.  Head over to The Playability Initiative Facebook Group to continue the conversation.

And if you think one of our favorites needs to be reconsidered, we’d love to hear from you as well. Our definition of good representation could be flawed, and we want to learn from the community what issues we should be aware of.

We recently watched the documentary Crip Camp, which follows the story of filmmaker James LeBrecht and his contemporaries and how hard those with disabilities had to fight for the passage of the Americans with Disabilities Act, a law that prohibits discrimination and provides for equal access for those with disabilities in public life. It opened my eyes to an entire civil rights movement I hadn’t heard about before. So I was encouraged by President Biden’s speech on election night and his acknowledgment of the disabled community. My wife and I both teared up when we heard President Biden include disability in his speech, saying, “We must make the promise of the country real for everybody, no matter their race, their ethnicity, their faith, their identity, or their disability.”

A Quiet Place – A Favorite of Amy Green’s

The representation of deaf culture in this movie is not perfect. They get some details wrong or change the details for the sake of drama. (They have a cochlear impact ring with feedback in a way that only hearing aids would.) They caption the silent parts of the film and then remove the captions for the spoken words, an accessibility issue for the deaf community wanting to enjoy the film they are represented in. However, setting aside everything that could be improved, I still loved seeing a movie where a family who learned to sign to communicate with their deaf child benefited from this “superpower” in a post-apocalyptic world. Just seeing a family whose life is improved because of their child with a disability is a huge win. My son with disabilities added so much joy and love to our family. I always wanted people to know that despite the challenges, he made everything better, not worse. The concept of disability improving a family comes through beautifully in this film. I’ve also caused my son’s hearing aids to feedback painfully so many times, that even this “inaccurate” moment in the film made me smile because it felt like a nod to something I understood in a way only a parent of a deaf child could. 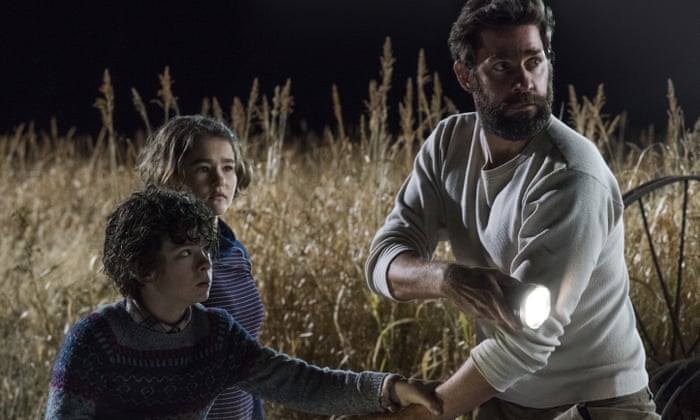 Speechless – A Favorite of Amy Green’s

Our family loves speechless! We love how accurately it describes life with a disability. Speechless pulls no punches when it portrays how annoying it is to constantly be celebrated for all the obstacles you’re overcoming, how hard you have to advocate for what you need, and how wonderful it feels to finally be seen as a legitimate member of your community, not just the “token special needs person.” In a time when only 2% of television characters were presented with disabilities, the choice to feature Micah Fowler, an actor with cerebral palsy, as the star of a sit-com was a bold step forward for representation. The story centers around Micah’s character, J.J. Dimeo, whose CP is the primary focus of this hilarious television show. While it has been canceled on network television, you can still stream it on Hulu. 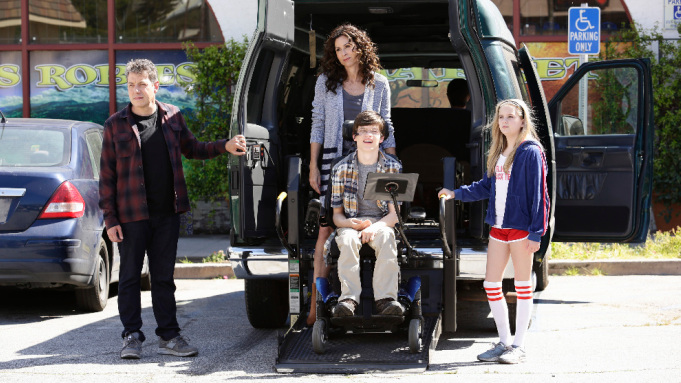 One of the best things about accessibility awareness is how easily it becomes part of the ‘norm.’ When true equity occurs, you can find examples of every size, shape, and character in popular culture. I was recently (and happily) surprised when I realized an ad I had seen dozens of times has a gentleman in it with artificial legs. I was happy about it for two reasons: first, I was very glad they put someone with accessibility needs into a rather mainstream ad that millions of people would see. Second, I realized they did it so seamlessly and effortlessly that I didn’t notice it for weeks. When speaking to Amy about this, I tried to find the ad… in a PR piece, on YouTube, even on the company website. After weeks of searching for it, it finally showed up on “AmpuTO TV”, a Toronto-based channel that promotes representation for the limb loss and limb different community.

You can watch the President’s Choice ad, here on YouTube.

So I don’t feel it’s a publicity stunt, nor is it being used to promote their image as an “inclusive company.”. I imagine it’s simply an actor who auditioned for the role of “husband and father sitting in a living room” and got the part. It warmed my heart, and I immediately went out and supported the ad by purchasing the product. Kudos to President’s Choice Decadent Cookie Pie ad and all those behind it!

*Although I think that would be a fantastic initiative in higher education. Spend one week shadowing a disabled person before you graduate with a degree of any kind because no matter where you work, your choices will impact people who have different needs than you. And someone should fund this imaginary program because it’s not that person’s job to educate you, so they should be paid for their time. But, I digress…