We recently kicked off our new Game Changers series. Game Changers is a collection of interviews that aim to get to know a few of the people making big strides in video game accessibility.

Of course, when we think of individuals whose legacy will be more inclusive gaming for everyone, a more thoughtful and caring games industry, and continued energy and momentum for creating accessibility within every type of video game, one of the very first people who comes to mind is Ian Hamilton.

Ian is a game accessibility specialist with a 15-year background in raising the bar for gamers with disabilities, through advocacy and awareness-raising – writing, speaking, organising events, community building, and consulting –  working with studios from the smallest indies to the largest AAAs, as well as publishers, platforms, industry and government bodies. Ian is also the Co-director of GAconf and coordinator of gameaccessibilityguidelines.com.

Ian has been a frequent contributor on our Playability Initiative Facebook group, and he has been a huge source of help and advice as the Family Video Game Database has been adding accessibility tags to all the games in the database. Andy Robertson had the pleasure of interviewing Ian, and we’re so excited to share that interview with you here now.

Andy: What was your relationship with video games as a child?

The first game I played was Galaxians on the Apple II in 1986. Initially, it was about agency and immersion, being part of this thing that you could actively influence. But where it really started to click for me was at the end of the 80s / start of the 90s on platforms like the Atari ST and SNES, when the fidelity and storage capabilities meant developers were able to create more convincing and detailed worlds to explore, that portal into other worlds was quite a mind-blower for 10-year-old me.

Andy: What was your route into accessibility?

Through design and UX (the kind of design that’s concerned with making sure what you’re making isn’t an unpleasant chore to use). I’d had a few brief encounters with accessibility previously but it really kicked into gear when I started at the BBC about 15 years ago working across their kids’ games and websites. Accessibility is part of everyone’s day job there, but it wasn’t until I saw some testing footage of games altered to work for kids using things like a single button attached to their wheelchair headrest that why it all mattered sunk in, what the human benefit was. There’s no unseeing something like that, so from then on, I carved out time to work on my own similar side-projects.

Fast forward a few years, I was more senior then and overseeing a whole bunch of projects both internally and for external studios, and kept seeing the same mistakes over and over again, devs putting lots of polish into things that would make the experience slightly better while making it a miserable experience for lots of other players for no reason other than lack of awareness. Designers are often motivated by frustration, seeing something that’s broken and needing to fix it, so I started working a bit broader on things like internal training, guidelines, consulting.

Then forward a few more years, the BBC was moving across the country and I couldn’t move with them. By this stage, accessibility was a recognised part of my responsibilities, with time allocated to it each week, and it was the aspect of my job that I enjoyed the most. So I looked around for other companies where I could continue in the same capacity – there were none. This was a real shock to me as I worked across the web as well, where it’s just a standard recognised discipline and career path. Seeing how far behind the games industry was, gave me the push I needed to go beyond thinking of it as my work and join the people already fighting for change across the industry.

Initially, I carried on with the UX work as a contractor to keep the bills paid, and used my evenings and weekends primarily for advocacy, trying to get people to listen and understand that it mattered, alongside occasional bits of paid consulting work when a company wanted my help on something detailed. Eventually, it reached a point where awareness and interest had grown enough that I was able to just about scrape by financially on accessibility income alone, at which point I retired from UX, meaning accessibility is now all that I do. 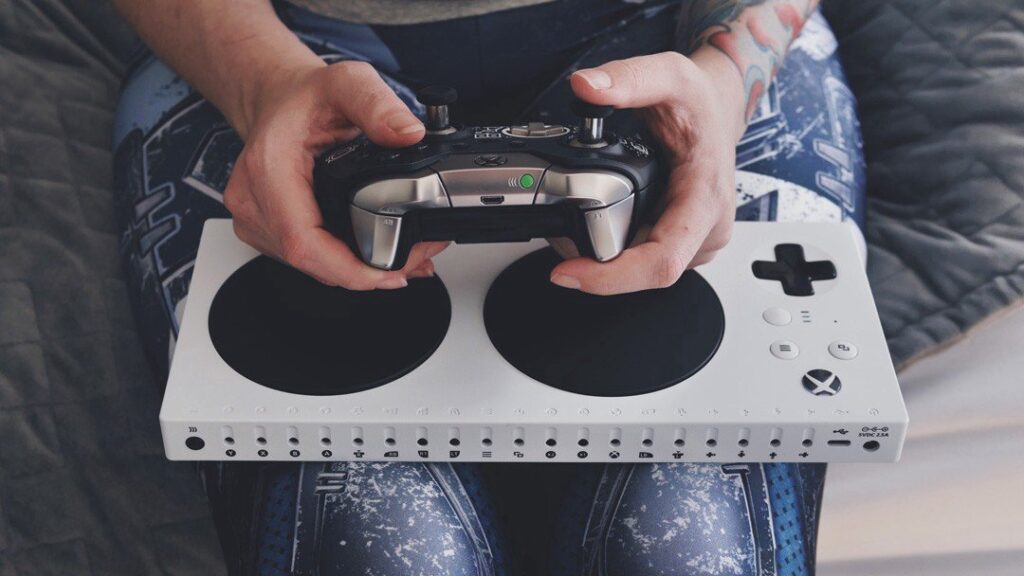 Andy: What is your current role and responsibility now?

I’m an independent accessibility specialist. At a high level that means that companies who don’t have sufficient in-house capacity (either not the right experience or expertise, or have internal expertise but not enough time) to manage the issues they’re trying to tackle will drop me a line and bring me in to help out.

What that entails varies wildly from company to company, culture to culture, project to project. Some things I’ve recently been brought in for include hands-on design work and feedback on individual features, detailed audits and expert review on full builds, development of QA success criteria, internal talks and workshops, advising on user research recruitment and facilitation, subject matter expert input for R&D prototyping, development of educational & training materials and internal standards and guidelines, community engagement, and guidance on complying with CVAA accessibility legislation.

Andy: What are the common mistakes current games make in terms of accessibility?

By far the biggest mistake is leaving it too late in development. The earlier you consider it, the easier and cheaper it becomes. Consider it from the very start and there’s actually quite a bit of impact you can have for zero cost, just through making the right design decisions from the outset (rather than having to build features to compensate for unintentionally exclusionary decisions).

Andy: What are the biggest barriers to good accessibility and inclusive design in video games?

The biggest used to be awareness, people not even knowing that accessibility is a thing. That battle is largely won now; it’s increasingly hard to find developers who haven’t heard of accessibility as a concept, and even increasingly hard to find developers who don’t have at least some experience of implementing some kind of accessibility consideration. So now the biggest barrier really is misconceptions. People thinking that accessibility is going to be really hard, really expensive, is going to mean diluting your ideas down to suit less than 1% of players who probably don’t play games anyway. People who think like that themselves, or people who don’t think those things but whose managers and teammates do.

In fact, every single one of these things is demonstrably false. As above, if considered early enough in development there is a great deal that can be done for relatively little effort. and rather than diluting anything down, it means ensuring that your vision is kept intact for as many players as possible, including the over 20% of gamers who experience some kind of disability.

Andy: With big games making strides forward with accessibility and inclusive design, are things improving in general in this area?

Absolutely. It wasn’t very long ago that the idea of a games console having any kind of accessibility feature was pure pie in the sky, now every major gaming platform has a whole suite. Similarly, the idea that nearly all big-name games would have multiple accessibility considerations, including one of the most popular games over the past year being fully accessible to somebody who is blind, would even just a few short years ago have been pure pie in the sky (credit where credit is due, indies have been driving innovation in accessibility for many years, and are still doing so).

But it is still really only the tip of the iceberg. The progress in the past couple of years in particular has been quite staggering, but we are still a very long way from where we need to be.

Andy: What has been the most personally rewarding experience in your work trying to promote accessible design in video games?

My interest, motivation and reward are people, seeing the impact on the individuals. And not just the impact on individual gamers, the impact on developers too. Seeing a dev’s reaction when they get some nice feedback; when they gain players; when they learn something new; when they find some cool thing to make their lives easier. But gamers too, of course, seeing people benefitting from the access to culture, recreation and socialising that gaming has the ability to enable.

Andy: What would your dream game look like, what features are you waiting for someone to get right?

At the moment I’m just interested in finally seeing a game in the AAA space managing to get the basics right. Decent text size, good subtitling, colourblind friendly design, manageable effect intensity, good remapping. Those are the things that I see complained about the most often, none of them are rocket science yet there still has not been a single game from that side of the industry that has managed to cover all five of them to a decent degree. I am optimistic though. I’m reasonably confident that 2021 will be the year that we finally see all those things come together in one game.

But longer-term obviously it is not just about a few basic core essentials. We really need to get to a point where any gamer can pick up any game and have a reasonable expectation that they will be able to play it.  No game can be accessible to everyone, but at the moment we are a long way from any game being as accessible as it reasonably could be. We will get there. The awareness is in place; the groundwork is in place; the motivation is in place; the momentum is in place. We just have to make it happen, make sure that momentum is maintained, and in doing so ensure that all of the reasons why gaming matters so much are opened up to as many people as possible.