At the Playability Initiative, we are convinced that if present and future game designers are challenged to think a little more concretely about accessibility, they will come up with exciting, innovative game designs that include more and more people over time. The one-button design challenge we host each month is our way of challenging everyone to consider the player in unique ways. And we suspect that, in addition to the community members who take on the challenge and enter the contest, there are many more each month who spend a little time thinking about accessibility in new ways and how accessibility concerns apply to some of their favorite games.

In August, we challenged our Playability Initiative Community Members to redesign the sword combat system within Legend of Zelda: Skyward Sword to make it a one-button mechanic. We received an excellent submission from Matthew Colon, who won a $20 Steam Gift Card this month for his contribution. Here is his submitted design, along with our judges’ commentary. 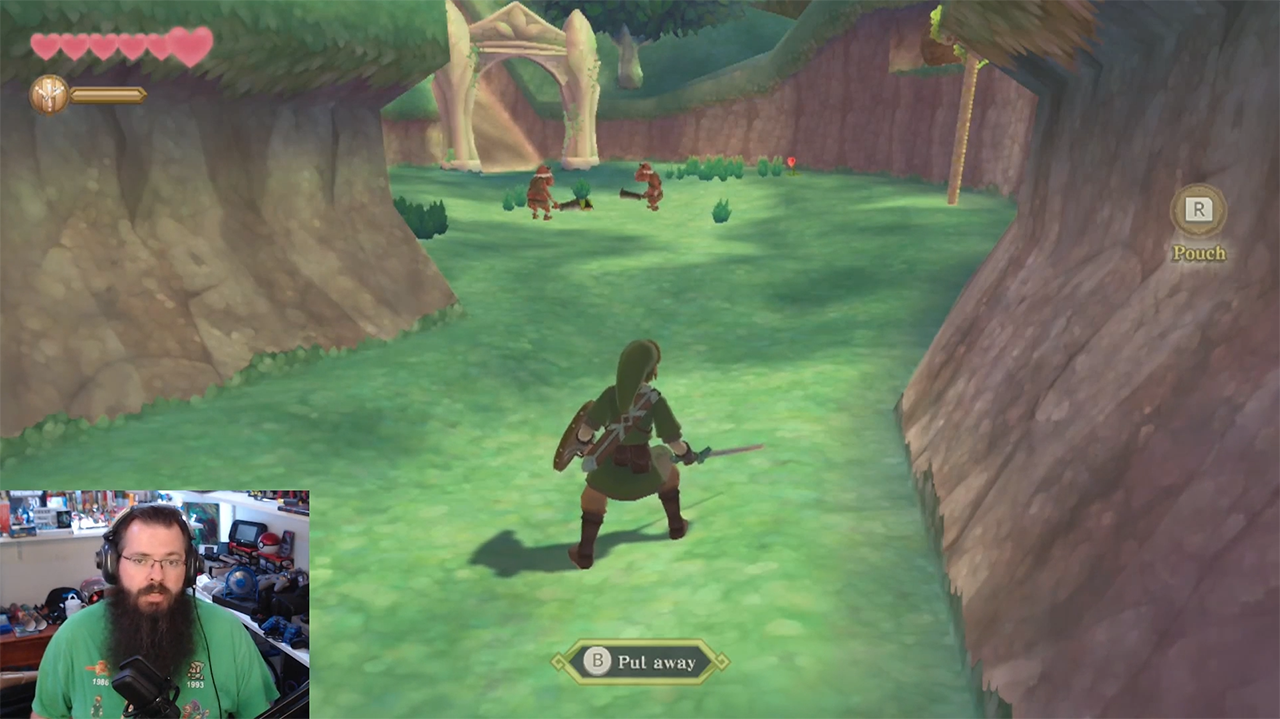 “Skyward Sword makes use of eight directional attack options, so we can make use of that with a spinning arrow that iterates through those eight options.

For this design, the enemy will be shown at the top 2/3 of the screen and will animate up until it begins an attack or defense, at which point it will freeze, and a spinner will appear at the bottom of the screen. That spinner could be a circle with an arrow in it pointing to different sections like what you’d see in a board game (see attached picture). When the spinner appears, it will be spinning quickly in a clockwise manner and slowly lose speed until it moves at a slow pace between the eight options, and the player will push their one button when the arrow is pointing in the direction they want to attack. This fast-to-slow speed is so it is accessible to those who need time to make their input but also more of a challenge to do it quicker for those who can do timing-based challenges, but it could be configured to always start at the slow pace so those who need that accessibility don’t have to wait for it to slow down (and that slow pace could also be configurable).

When the arrow reaches the last option, it naturally ends up back to pointing at the first since it’s just continuing to spin around the circle until the player pushes the button. If the player chooses the attack that best capitalizes on the enemy’s offensive or defensive stance, then the enemy is successfully attacked and damaged; otherwise, the player is attacked. For example, if the enemy has a sword raised above their head, then a horizontal slash left or right would damage them. However, if the player chooses to do their own vertical slash in response, then the enemy will hit them because they are already primed for that type of attack. Likewise, if an enemy is defending with a shield in a manner that protects against most directions but is exposed to a particular direction, then only when the player pushes the button when the arrow is pointing in that particular direction will the attack bypass the defenses and damage the enemy.

If we applied this directly to Skyward Sword, we could have enemy encounters more like what you would expect from older RPGs where you see them in front of you from a first-person view, and you choose your attacks to maximize the ability to read the enemy’s stances, or you could show Link from a close over-the-shoulder view like what’s in the game when locked on for consistency with the series. Let’s say you are fighting against a Deku Baba plant and its mouth opens so its teeth are horizontal (i.e. its head is split into a top and bottom), then you would want to wait until the spinner has the arrow pointing to the left or the right to do a horizontal attack to damage them. If it then opens its mouth so its teeth are vertical (i.e. its head is split into a left and right side), then using a vertical slash up or down by waiting until the spinner is pointing in one of those directions will be the right choice. Any other attack in these instances will bounce off their hard shell and leave an opening for it to attack Link.” 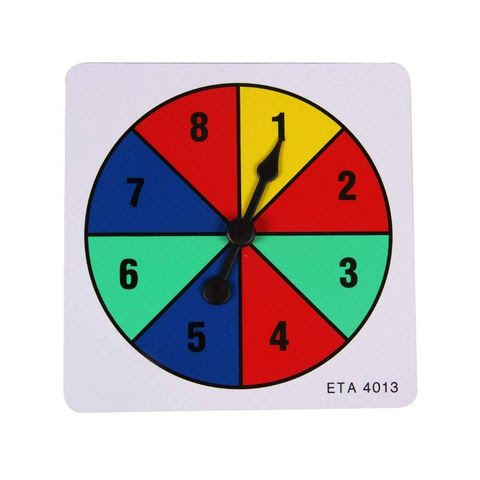 When considering Matthew’s entry, Jonah said, “Overall, this design is fantastic! I particularly appreciate the timing-based considerations allowing the gameplay to flow at a pace that the player is comfortable with. This design works well with how Skyward Sword affords players to interact with enemies in terms of reacting to enemy actions.

Putting on a more critical lens, I wouldn’t want to sacrifice more screen space than needed. Sacrificing ⅓ of your screen could be costly, especially for players in handheld mode. Of course, there needs to be a balance between visibility and functionality, so a small UI overlay would not suffice (better safe than sorry if user-defined size isn’t an option, I think ). Additionally, since Skyward Sword is an ARPG blocking is another area to consider, to accommodate this mechanism I would increase the number of sections on your spinner to include blocking sections, removing the need to freeze combat for an attack provided that enemy behavior can be modified by the player’s speed preferences.

Ultimately, under a time constraint, this design is very impressive! I think the critiques I gave are all things that would be identified during testing and can easily be accommodated. Designs that can accommodate feedback make life easier for everyone. Well done!” 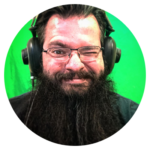 Mike Perrotto added his feedback as well. “I love the idea of using a spinner for directional considerations when attacking enemies.  Being able to adjust the speed of the spinner is crucial as well.  One visibility option that could be added, would be to make the spinner semi-transparent overlaid on the screen so as to not take up valuable real estate.  Having an option for both ways would be helpful. I didn’t read anything that considered Link’s shield use here, but that is something else that would need to be allowed in this design.  Simply adding a moment after a failed attack to defend would suffice. Great work!

Tomorrow, we are announcing the game for our final one-button design challenge. Beginning in October, we’ll be soliciting feedback about our own one-button game, Painted Waters. We’ll still give away a steam gift card every month, and we hope you’ll all help us make a truly accessible game by letting us know where we can improve the design! To join our final one-button design challenge or see our upcoming news about Painted Waters, join our Facebook Group.